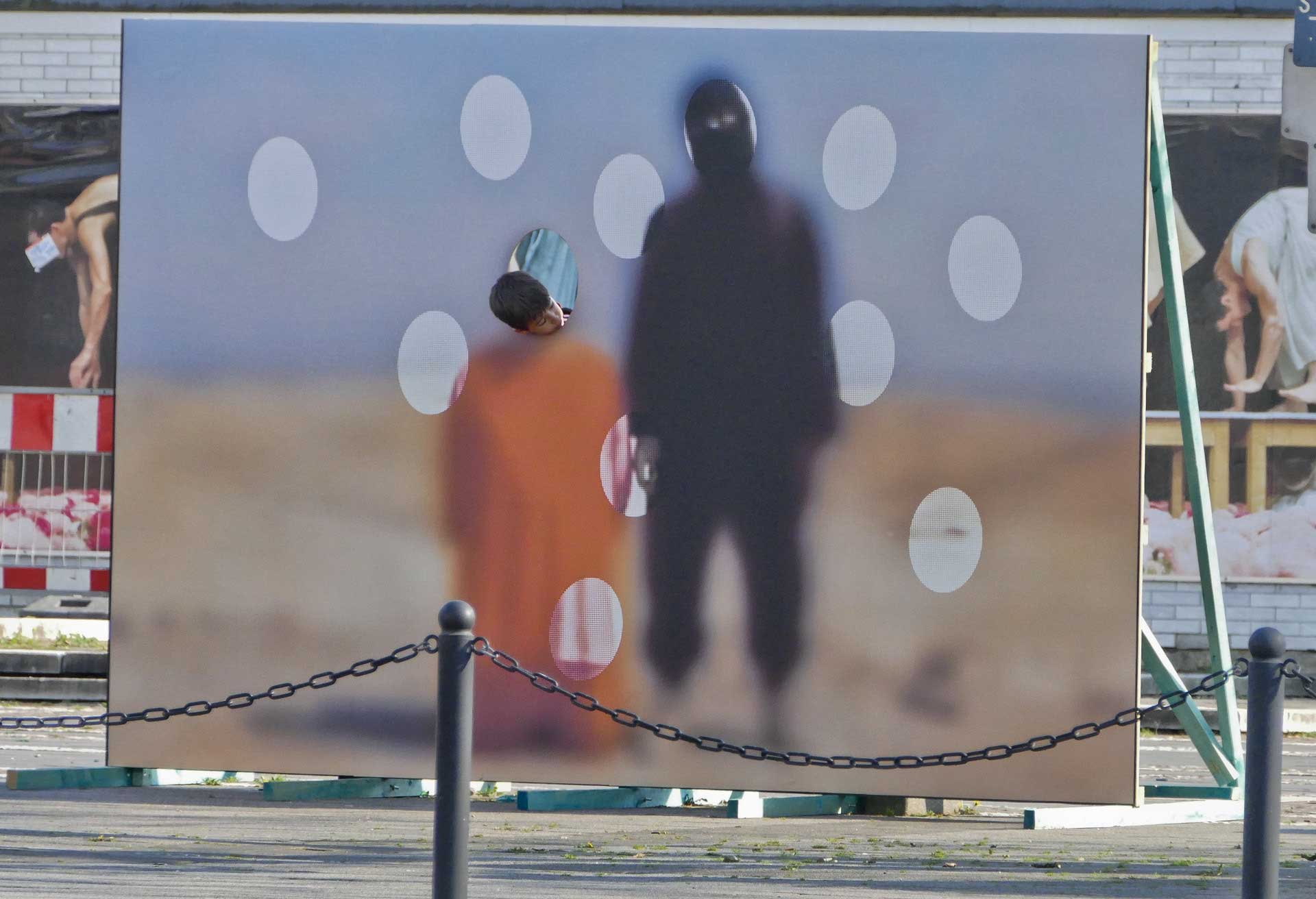 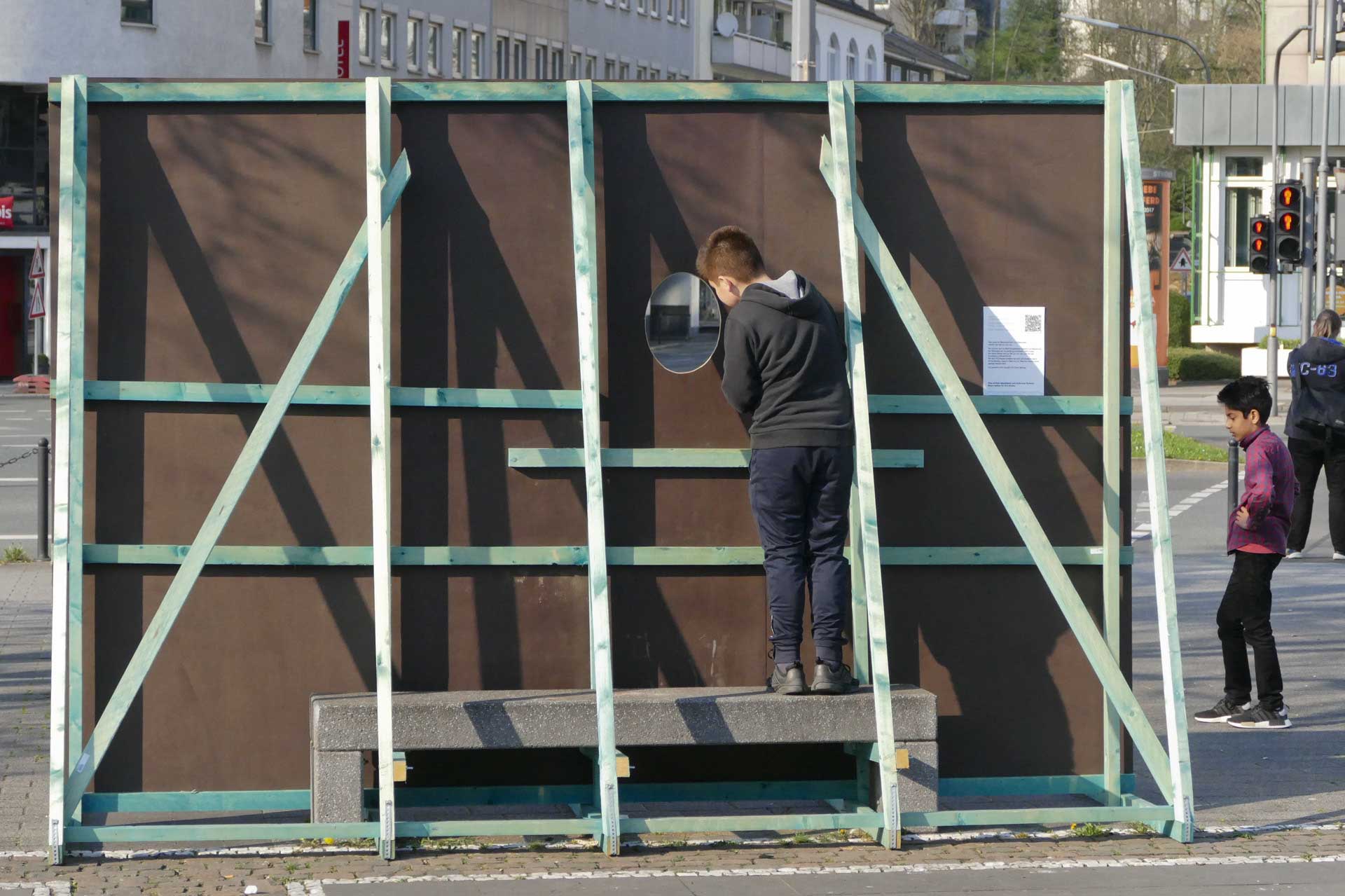 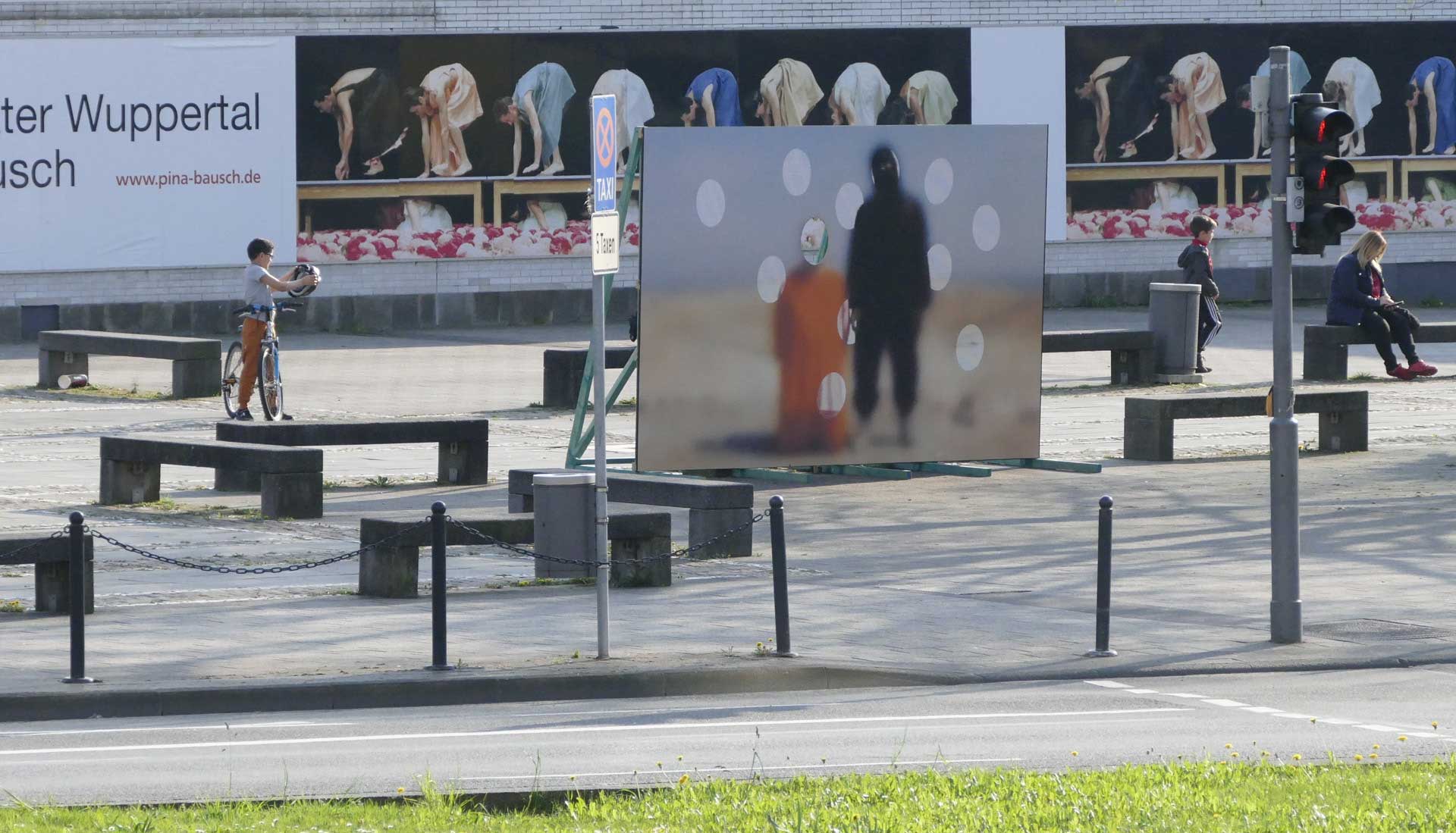 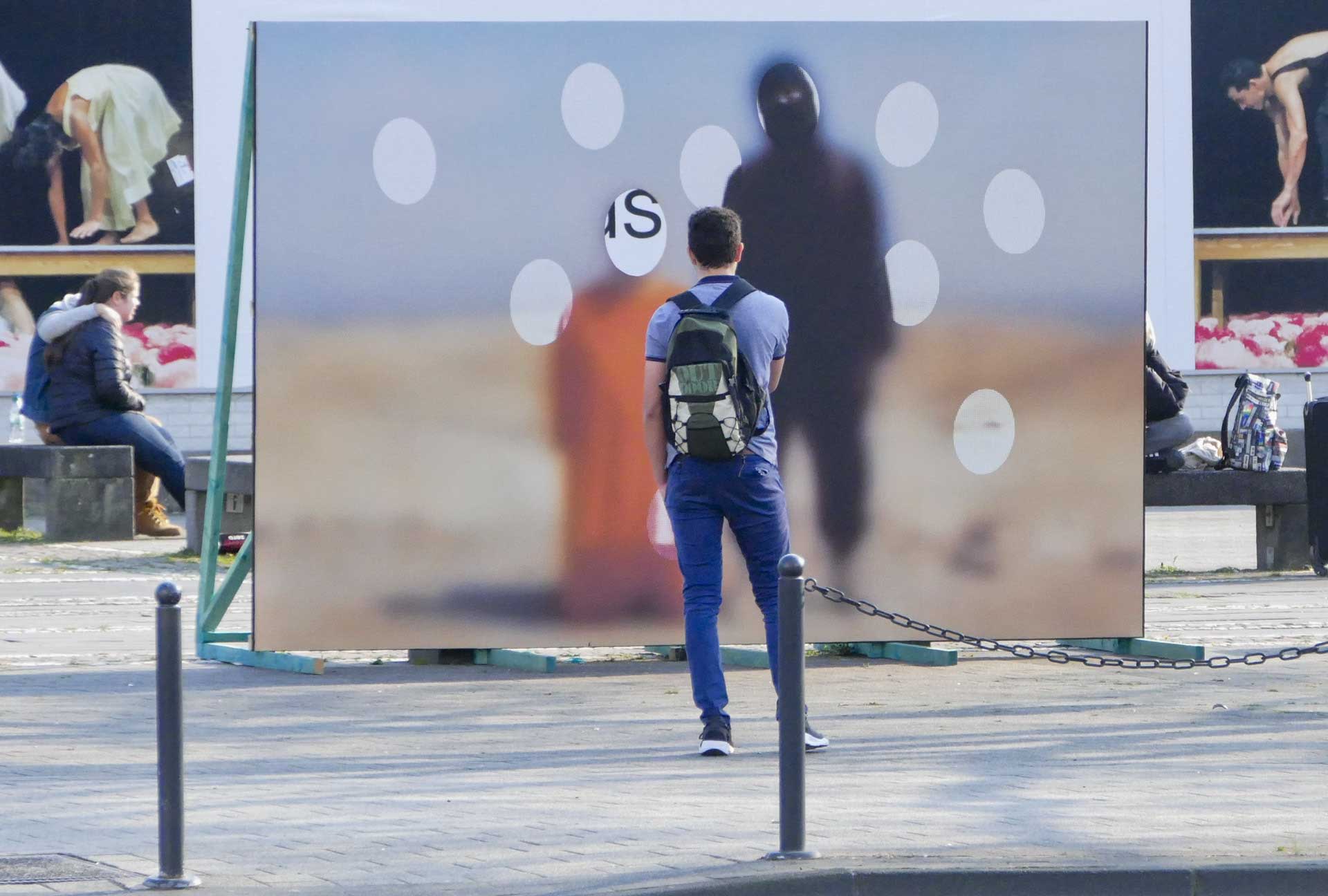 2017
Group-show: Mitwelt42103, in and around the new-Art-centre-Wuppertal (DE).
A group project about the tension between privacy and public matter.
Installation: Billboard in public space; photoprint, wood. Approx. 240×420 cm (Print).
The image used for Ich bin is a manipulated still from an execution-video send into the world by ISIS.
Both killer and beheaded are blurred slightly. The head of the victim/hostage is cut out so from behind you can put your head through the board and become part of the image.
Scattered over the picture, the shape of the oval cut-out is repeated (not cut out) as a graphical element.
The position of the persons, the color of their clothes and their strong outlines against a blue sky and desert, keep the image recognizable, certainly on a second look.
At the rear-side of the billboard, next to the oval opening, hangs a manual. It states the title of the work and the theme of the exhibition and invites people to stick their head through the billboard, make a picture of it and upload it to the website of the project (through a QR-code) and become part of the show. Only one person did this (with a dog in the opening). Many people did make the picture though, but didn’t want it to become public. Some recognized the source of the image only when they saw the image on the small screen of their phone/camera, with themselves in it.
Several threatening protests were sent to the local government, demanding the work to be removed immediately. As planned, after four weeks I removed the piece, unscathed and without any graffiti.